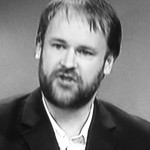 And this is how we should approach government spending. Forget about protecting front-line services for a minute. We actually want these firemen/cleaner roles to be unnecessary. They are not productive roles. They are generally restoration roles: Fixing people (in the case of medical professionals) and catching people (in the case of police) when they have gone or done wrong.

These roles are the areas of government spending we should be actively aspiring to reduce. But it is pure folly to reduce them when their workload is projected to rise. The government needs to identify policies, programs and services that will allow cuts in expenditure on these restorative roles. These cuts should of course be greater than the expenditure on the preventative measures that allow them to happen, but without any cost being transferred to society in the form of undetected crime or untreated illness.

I fear that the government has it completely upside-down. Their determination (and I think a largely cosmetic one at that) to protect the restorative “front-line” roles has meant that cuts are happening instead to existing preventative measures. So the burden on the restorative medics and police is increasing while much of the important support work that allows them to do their job effectively is crumbling.

You might argue that if there were these magic-bullet, preventative measures then we would be using them already. Hah! If you will excuse me I would like to describe a few that we have failed to embrace.

Drug policy reform is an obvious one, and not a surprising one to come from this keyboard. One of the most important lines in the recent drug policy motion was this: “At a time when Home Office and Ministry of Justice spending is facing considerable contraction, there is a powerful case for examining whether an evidence-based policy would produce savings, allowing the quality of service provided by these departments to be maintained or to improve.” Indeed, if we were to “nationalise” the cannabis market we could not only make savings in the policing budget, but actually gain income from taxation of the product and the jobs created to produce, distribute and sell it. The education on the early warning signs of psychosis that I hope could be delivered before first use of the drug could create massive savings in the mental health and welfare budget as psychotic illness is identified and treated early enough that long term illness can be avoided. Schizophrenia alone is estimated to cost England £6.7Bn each year.

With the average problem heroin user costing society over £50K each year, spending around £15K each year on treating the most problematic (and likely far more costly) in heroin maintenance clinics would again allow cuts to the jobs that clean up the chaos they leave in their wake.

In the wake of the riots this summer I heard numerous commentators express a desire to “strengthen families”. If they had only thought to Google “Strengthening Families” they would have come across this: www.strengtheningfamiliesprogram.org .  For every £1 spent, such programs can bring £9.60 in savings by reducing drug use and delinquency and improving school performance.   Have a look: here .   Can the government please start identifying evidence-based policies and applying them?

We could combine this with alcohol minimum pricing, moving cigarettes to pharmacies and selling e-cigarettes in newsagents in their place (not to children) www.guardian.co.uk smokeless-nicotine-cigarettes-government and perhaps subtle changes to the pub environment that might create more moderate drinking and less medical emergencies and fights www.icd.go.cr

These measures are just my favourites. People will know of all number of policies, services and programs that could create savings. Money has been spent on preventative measures that have been evaluated to save £5 for every £1 spent or something similar. The government is cutting these measures though. They are creating more mess. By mistakenly protecting the cleaners, they might cause them to be overwhelmed by filth (this is a metaphor for a broken society crumbling to dust [which is itself a metaphor-sorry] ).

Liberal Democrats have to stand up and say that we want cuts to the front-line restoration roles, but only after their burden has been lifted through radical, evidence-informed policies and expenditure. The financial crisis gave us an opportunity to radically shift government investment and policy into the preventative measures of the most remarkable value and effectiveness. We’ve blown it so far. We can not sit back and watch cuts which will plunge society into crisis. We need a two-step process of removing the work for our police, medics, and other restorative roles and then justifiably laying them off when they become a luxury.

Founder of Liberal Democrats for Drug Policy Reform. Also researching home-sharing for the elderly.
View all posts by Ewan Hoyle →

← Liberal Democrats: Still Saying No to Trident.
We are rubbish at looking after Carers! →